To protect the Antarctic wildlife, we decided early on to invent a new way to harvest krill.

With a growing world population, it has never been more important to make healthy food and nutrients available while also keeping our planet’s ecosystems healthy.

However, did you know that only two percent of the world’s food supply and 0.5 percent of pharmaceuticals are derived from the oceans? Moreover, 85 percent of fish stocks worldwide are either overfished or fished to capacity. Which means we must be truly committed in order to protect our marine resources.

Krill harvesting has traditionally relied on trawl nets, which unfortunately catches a number of other species, such as fish and seals. In the Antarctic’s fragile marine eco-system, unwanted by-catch represents a significant challenge.

It has taken major investments over the course of a decade for us at Aker BioMarine to complete development of our Eco-Harvesting technology. The trawl system gently conveys krill onboard for processing while the submerged trawl module eliminates by-catches.

The idea about the krill project and Eco-Harvesting started in 2003. One of the former captains took the initiative to create a new trawler technology and presented the idea to our Oslo headquarters who took almost no time to give green light to the visionary project.

What was a little crazy is that we decided to go all in and designed a completely new net solution from scratch and made significant redesigns to the pumping system.

Over the course of the years, we have taken the Eco-Harvesting system to the next level, implementing the beams and the two-trawl system that we have today. We are always working to improve our technology and processes, and we are currently running tests in order to make further improvements to the system.

Today, we are bold enough to claim that the Eco-Harvesting system is so effective that last year’s total by-catch could swim around in a small bucket.

Antarctic krill is considered one of the most environmentally-sound resources for supplying humankind with marine omega-3s – but only if harvesting supports the long-term sustainability of the Southern Ocean’s ecosystem and protects all Antarctic species.

Which is why spotting a challenge that we as a company can potentially be part of solving, generates enthusiasm and pulls together employees’ valuable expertise and skills to come up with game-changing innovation. 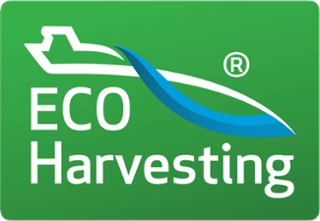