Certified sustainable operations - Ensuring a low impact on the planet

All catches of krill are reported to CCAMLR (Commission of the Conservation of Antarctic Marine Living Resources) which manages and regulates all Antarctic marine ecosystems. CCAMLR practices an ecosystem-based management approach, rather than species-specific regulation. Harvesting is allowed as long as it is carried out in a sustainable manner and does not harm other ecosystem components. Currently, commercial krill fishing in the Southern Ocean takes place mainly in Area 48. The management of the fishery is very stable, as the consensus of 25 nations is required to change Antarctic fishery regulations.

Ingredients that carry the blue Marine Stewardship Council (MSC) label have demonstrated that they come from a fishery that meets the most stringent sustainability standards. Fisheries and manufacturers that are MSC certified are audited by independent, third-party evaluators. MSC certification guarantees that the marine resources are harvested using sustainable methods and that all products are traceable throughout the supply chain.

Aker BioMarine was the first krill fishery to receive the MSC (Marine Stewardship Council) certification in 2010, and received a re-certification in 2015 for another five years. MSC is the highest renowned sustainability certification available. It scored highest in a comparison of wild-capture fisheries certification schemes initiated by WWF, independently carried out by Accenture in 2012. 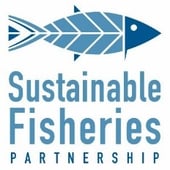 ONLY REDUCTION FISHERY TO RECEIVE AN «A» RATING

The Antarctic krill fishery has for the fourth year in a row received an “A” ranking from the Sustainable Fisheries Partnership for having a biomass that is deemed to be in very good condition.

In addition to internal efforts to ensure a sustainable fishery, the Antarctic Krill fishery is one of the world’s strongest regulated fisheries. All catches of krill is reported to CCAMLR (Commission of the Conservation of Antarctic Marine Living Resources), and compared to other fisheries where precautionary catch limits are set to 10% of the biomass the total allowable catch of Antarctic krill is set to 1% of the biomass. Together, the whole industry only fish 0.3% of the biomass in subarea 48, located around the Antarctic Peninsula, the Orkney Islands and South Georgia. The management of the fishery is very stable, as the consensus of 28 nations is needed to change the regulation.

At Aker BioMarine we are known for our proprietary Eco-Harvesting technology, which reduces by-catch to near-zero.

The Eco-Harvesting technology employs a continuous mid-water trawl system that is guarded by a fine mesh net, which prevents anything larger than krill from entering. Underwater cameras monitor the system. Rather than heaving a trawl to get the catch on board, a conveyor hose is attached to the end of the net, which remains underwater throughout the entire operation. A continuous stream of water flows through the hose, bringing the live krill directly into the ship, while minimizing by-catch.