Shrimp farmers seek growth and feed efficiency for their crops, but this can be challenging when water salinity concentration in commercial ponds is high. In a new study, now published in the Journal of Applied Aquaculture, scientists from Instituto de Ciências do Mar (Labomar), Brazil and Aker BioMarine evaluate whether high salinity conditions can be offset with the dietary supplementation of astaxanthin krill oil and soybean oil.

“Hypersalinity is known to suppress growth and reduce feed efficiency in juvenile Pacific white shrimp, and according to previous scientific research, astaxanthin in krill is an effective supplement to compensate for high salinity. We wanted to go one step further, to measure whether the positive effects of the astaxanthin krill oil on shrimp growth differ, with or without the addition of soybean oil,” says Dr. Alberto J.P. Nunes, Professor from Labomar, and one of the authors of this study.

For the 74-day experiment, the juvenile Pacific white shrimp were divided between 50 exposed and enclosed tanks of 1-m3 each with varying levels of salinity; though only the enclosed tanks continuously maintained hypersaline conditions. The two sources of oil, soybean and astaxanthin krill, were applied as top-coat to a commercial grower shrimp feed. The oils were either used in combination or alone for the various feeds in the experiment, while the control diet was simply the commercial feed without oil. 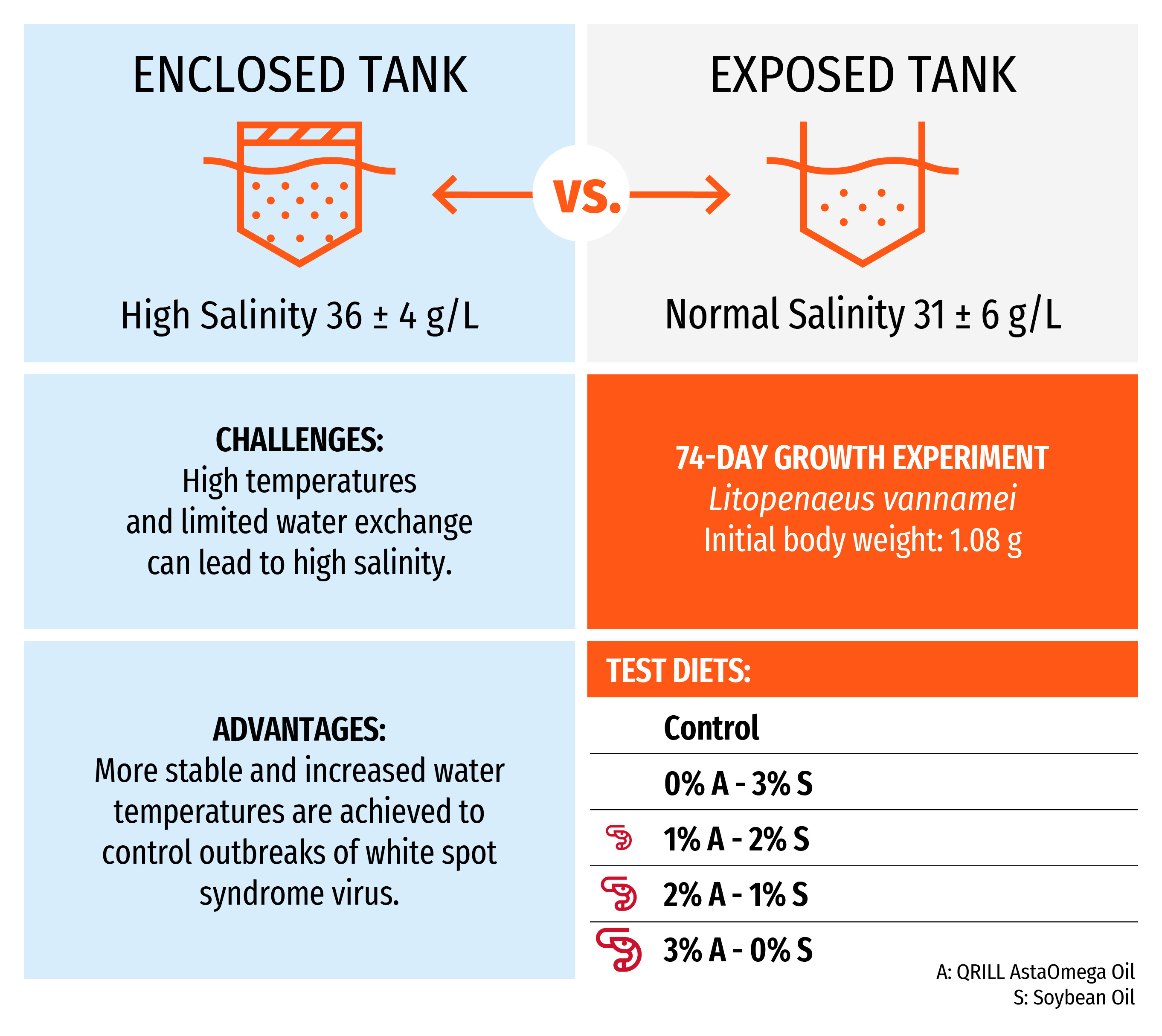 “Our findings show that shrimp farmers can achieve faster crops and improve feed efficiency by taking steps to mitigate the effects of high salinity conditions. Adding a supplementary oil mix to the grower feed, consisting of one percent astaxanthin krill oil and two percent soybean oil, can trigger higher body weight among shrimp at normal salinity levels. However, when the exposure to saline is greater, then a minimum of two percent astaxanthin krill oil and one percent soybean oil is recommended,” says Dr. Lena Burri, Director R&D, Animal Nutrition & Health, at Aker BioMarine.