What do you do at Aker BioMarine?

I'm responsible for our activities in the Japanese market, overlooking a broad multiplicity of tasks. The scope is incredibly varied and includes the account management of current customers, new acquisition, localization of marketing initiatives, and recently I'm even selling krill oil to consumers live on Japanese TV. In January 2022, we are officially establishing an entity in Japan, so these days, I'm also involved in the setup of our office, including hiring new staff members. 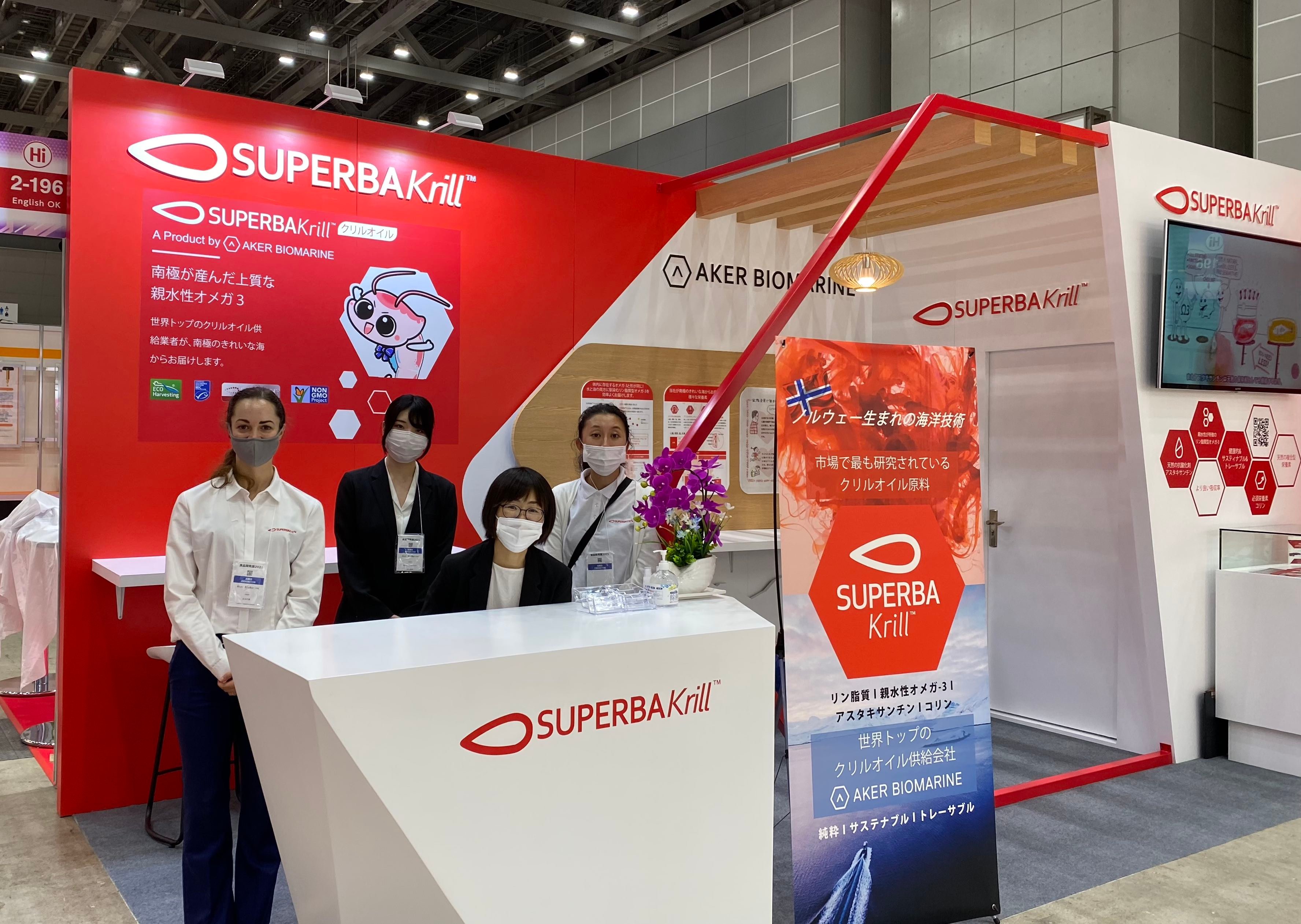 Describe a day in your life:

There is no monotone day in my work life, as I constantly pursue new business opportunities. You never know when a chance reveals itself, so a hunter-attitude is crucial to success, and you have to be prepared to take on tasks not foreseen in your job description. One example is that I've been working relentlessly with one of our customers to launch a product on a leading Japanese TV shopping channel for the past year. Although our customer owns the final product, they wanted me to be the front figure presenting it on the live TV shopping show. They were intrigued by our company history and how we successfully have turned krill harvesting in the remote Antarctic into a worldwide business. Like myself, Aker BioMarine has Norwegian roots, so it also made sense for me to appear on TV in my traditional Norwegian attire, "bunad." With my background, I can talk about Aker BioMarine and our maritime history and appeal to things like the long Norwegian tradition of taking Omega-3s daily ("tran"). To prepare for the show, we had to undergo a lengthy screening process to ensure clear selling points in line with regulatory limitations. 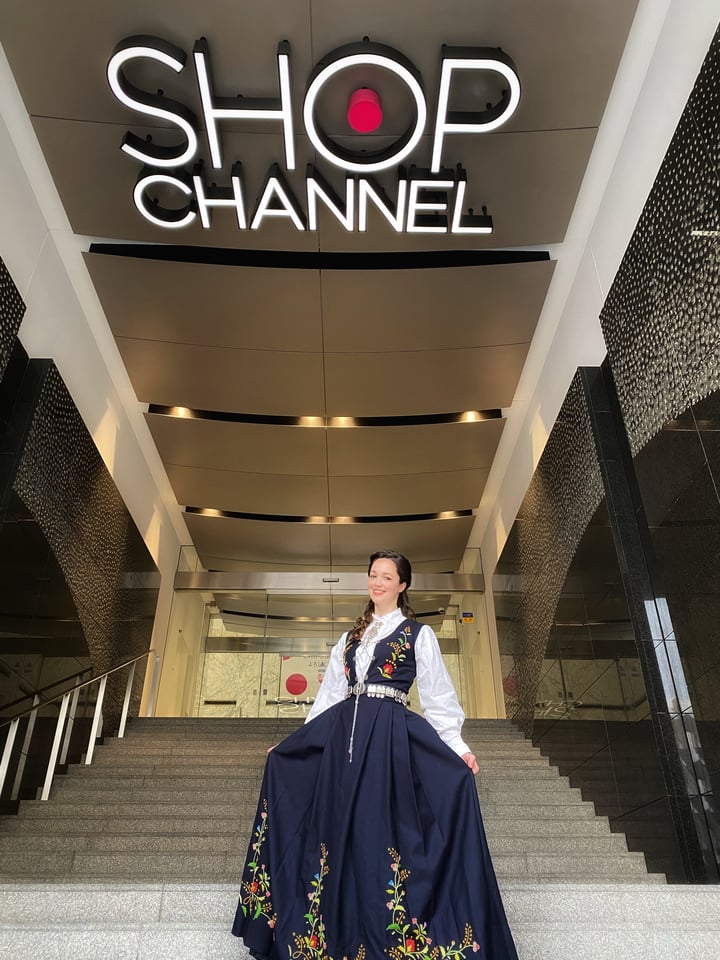 Since the initial TV debut in September 2021, Anette has represented the Superba Boost product "Red Omega 100" produced by one of her customers with live performances at Japan's most prominent TV shopping channel. So far, it has been a great sensation, and ShopChannel has picked "Red Omega 100" as one of their upcoming favorites to feature in 2022.

Additionally, I received regular training sessions with the TV shopping channel to learn how to best present the product to the Japanese audience. After half a year of preparing, we finally made our debut and were rewarded with outstanding sales results and an appraisal from the TV channel. Thanks to the enormous success, we have secured multiple slots on the show in 2022, and it seems like I will have my hands full with TV shopping in the year to come. The frequent TV appearances are an excellent opportunity for us to talk krill to a national audience and draw interest from the general public and potential customers.

Be proactive! You never know where the next opportunity might reveal itself, whether you want to excel at your current company or pursue a career change. Giving back to the community can be rewarding in many ways, and I have found that being active outside of your career also is a great way to build meaningful relationships. When I was a student, I assumed that it was enough to concentrate on studying rather than networking. But in reality, connections are essential to building your career. Opening up to new people can be daunting, but stepping outside your comfort zone is the best way to grow! 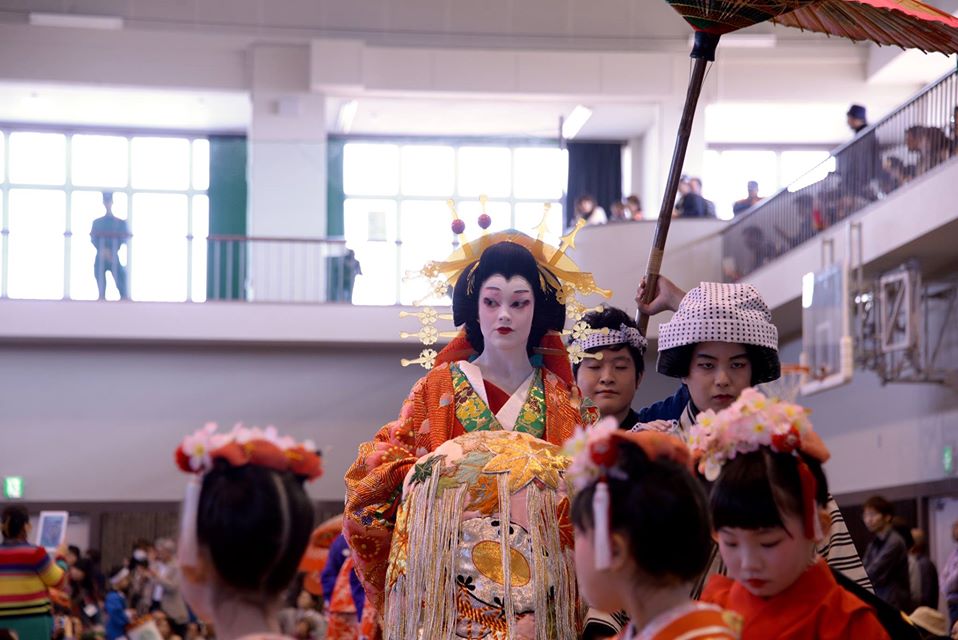 Life in Japan can offer many unexpected, exciting experiences. In 2016, Anette was the first foreigner to play a leading role as an oiran, or courtesans, in Niigata's Tsubame Cherry Blossom Festival. The festival has a history that goes back to 1933, and is held annually during the cherry blossom season.

The adventurous women in my family inspire me. My great-grandparents sailed to Japan and worked a few years at shipyards in Kobe and Nagasaki in the 1960s. Back then, my great-grandmother was known for her fearlessness and would often dive into the sea from the top of the ship. Both of my grandmothers also pursued unconventional careers for their time; One of my grandmothers opened a hair salon, which she ran all by herself. The other is an artist who ran her own ceramics studio and painted beautiful artworks. My mother is a teacher and has educated hundreds of children over the past decades. Growing up in Norway, I've taken for granted that women can thrive in various areas of society. Leaping into the global arena, I've come to recognize my privilege and appreciate the foundation laid down by past generations enabling me to pursue an international career.

A photo of Anette in her national costume, bunad. Norwegians wear costumes with a design that represents their region, and Anette's bunad comes from her hometown of Bergen. The photo was taken in the traditional area of Asakusa, Tokyo, right next to the Norwegian cafe Fuglen. Photographer: Bjørne Hoff